In the early days of modern tourism (the sixties and the seventies of the last century) Portugal has always been considered as laid back compared to its bigger sister Spain. It was literally the appendix of Europe. In the course of time it has greatly overcome this reputation. Spain or Portugal? It remains a matter of personal taste. 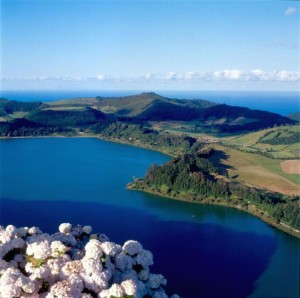 Various images of the Lusitan scenery.

Some find the Spanish to aloof and prefer the friendly and courteous Portuguese, some love the fierce flamenco, others the mellow and melodramatic saudade. However both countries have there many sun drenched days, their long pleasant seasons and their hundreds of kilometres of beautiful sandy beaches. Some like the hot Spanish summers at the costas, others appreciate more the Algarve with it ever cooling Atlantic breeze. Portugal is without doubt a destination which has its firm place on the map for the Dutch tourist. Even the average tourist discovers after having enjoyed so many holidays abroad that Portugal has much more to offer than just beautiful beaches, sun and sea. It is a country which also has a lot to offer when it comes to active holidays (it goes without saying that golf is one of them), and for those interested in the great and interesting past reflected in its monuments and many beautiful cities and historical villages. 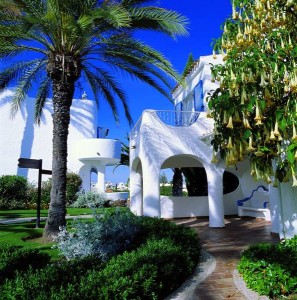 Although the price level has increased quite substantially in the past decade, prices are still of a pleasant level. Many daily products and consumptions in bars and restaurants are reasonably priced. The increasing works done on the regional and national infrastructure (train, air and motorways) make it easier to discover a bigger part of the country during one – even a week – trip. Using the-state-of-the-art- motorways, like the IP 1 and IP 2 as main arteries, to reach the region one wants to visit and continuing the small winding roads in the mountains or the country roads through the endless undulating fields with the symmetrically lined olive trees and waving wheat fields, the white villages and cities with there fortresses as eagle nests on hill tops in for example in the Alentejo.  Due to these improvements much more people are inclined to combine the Algarve with the Alentejo, Lisbon with the Alentejo, or even combining the three in one trip. Travelling became not only less time consuming and more comfortable but also safer. Portuguese do not have a very good reputation when it comes to behaviour, discipline and safety in the traffic. They are considered to be one of the most dangerous drivers in Europe.

The ongoing publicity in the Dutch press on active holidays makes the country more and more  a destination for these kind of holidays; walking, hiking and cycling, especially in the shoulder and off season. It got this reputation mainly through publications in the Dutch media on active sports and many and continuous Dutch publications – both articles and guide books – with good maps and route descriptions. Since there were no reliable ones available. They were either in Portuguese and very simple or not available at all.

Endless variety
Due to the stable political climate, located far from the herds of political unrest it is a destination which gets an ongoing attention from the Dutch holidaymaker. Unlike Turkey or Cyprus, or other countries in the eastern part of the Mediteranean. An endless variety of offers in all kinds; package deals, airline tickets, made-to-measure trips combined with still reasonable prices, and its relative nearby geographical position makes it a very attractive holiday destination. Even for last minute trips or short holidays. For both high, shoulder and off season. Although in winter it will never reach the popularity of the Spanish costas due to the slightly colder climate. It is also the smaller size (more human scale) of hotels and apartment blocks that are highly appreciated by the Dutch. Unlike in Spain builders in Portugal did make far less mistakes by constructing megahotels and gloomy high rise blocks agglomerations. Quarteira is one of those ugly exceptions. Portugal definitely learned from the mistakes of Spain in that sense. Far more often tourist complexes reflect the Moorish heritage.

Off the beaten track
Although pousadas will never reach the status of a mass product (and to be honest it will never get I hope;  I love the peace and calm in the off season periods, the sounds of singing monks in the courtyards in some monasteries converted into pousadas), this hotel product enjoys an ever increasing popularity. Dutch, as seasoned travellers, are more and more on the look for quality and authenticity. Also other products like ‘turismo rural’ and ‘agro turismo’ accommodations become more popular and known. Both through media publicity and the greater offer and higher quality of these accommodations. In the past decades the offer and the quality increased tremendously in all categories. Although the many Dutch are campers by heart, they won’t consider Portugal as a camping destination. Portugal is just not a camping country par excellence. The quality, not to mention the good ones, still do not really respond to the Dutch demand, and there to few of them. The Dutch prefer to stay in apartments or smaller hotels.

Walking through the regions
From the Minho in the north to the Algarve in the south, from the Costa de Lisboa to the remote region of Tras-os-Montes. Portugal has a dazzling mix of different sceneries. The Minho with its verdant hills and the stately homes that opened their doors for paying guests and the long time favourite Costa Verde (for both beaches, golf and fly drive arrangements). Porto became, especially after having been the cultural capital of Europe (together with Rotterdam), even more a competitive destination for a city trip, also due its improved infrastructure and even better offer of museums and theatres and shopping areas.

Central Portugal
Costa da Prata, ‘as Beiras’ and Tras-os-Montes still remain quite unknown. Although the Costa de Prata has its own – quite often very authentic – beach resorts (an important asset for the Dutch, either as a main goal or in combination with sport or culture) and an extremely interesting hinterland, for one or another reason these regions seem not to be able to attract the masses that other popular regions managed to attract. The central part of the country and the remote eastern parts of the country are mainly visited by people who either make pousada and/or elegant hotel tours or book organized tours by bus along the cities with the great monuments of the Portuguese history and culture like among others: Mafra, Alcobaça, Batalha, Coimbra and Tomar; people who have a great interest in art, history and archaeology. The relative lack of publicity on these regions (though increasing) and a smaller offer of accommodation could be also blamed for it.

Lisbon
Lisbon and the Costa de Lisboa have the thrills of a big South European, nearly Latin American city. Monuments, shopper’s paradise, vibrant nightlife together with the nearby beaches, a beautiful geographic location and a glimpse of colonial atmosphere. Lisbon can easily compete with many other western and southern European countries. The Expo ’98 gave the city an extra impulse but also major innovative attractions. The Dutch either like its mix of seedy elegance and ultramodern architecture, it riverside location combined with the old popular neighbourhoods or not. A matter of personal taste. It is like Madrid or Barcelona, Amsterdam or Rotterdam, Milan or Rome, but with its very own spirit.

“Lisbon can easily compete with many other western and southern European countries.”

Atlantic breeze
The Algarve needs no further explanation. A gorgeous destination with a mix of sun, sea and sandy beaches, little market towns in the hinterland (more and more discovered and appreciated) and on the other hand a heaven on earth for golfers. The continuous Atlantic breeze is for many an extra usp above the often hotter Spanish costas. The Alentejo also becomes more and popular; often as a combination with the Algarve or Lisbon.

Ilhas
Portugal however is not only ‘o continente’. Its two archipelago’s in the Atlantic Ocean should not remain unmentioned. Madeira that had for more than an age the image of a dusty old fashioned destination for elderly, British colonial people has shaken off this image, in return for an island which has the active in mind and body a wide array of opportunities to offer. More and more people in their thirties and forties discovered this gorgeous island as a destination for a week away from the hectic daily life. Either by visiting the lush and colourful parks and gardens in and around Funchal, or by making walking and/or hiking tours in the highlands. Madeira becomes increasingly an active and ecotourism destination. While elderly people still enjoy the more sedated mix of the gardens and the peace and calm of the villa accommodations, some civilized nightlife and feed their longing for the atmosphere of tourism at the former turn of the century. Although still quite unknown the Açores can develop into an interesting active and eco tourism holiday destination. Far away from civilized Europe. Experiencing the silence and remoteness as a healing factor.

Portugal in all its aspects has an enormous scala of choices. For the lazy and the active, for the cultural minded and the night clubber.